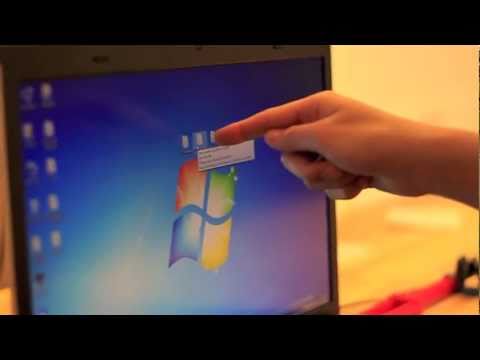 If you are having problem in viewing the videos click on the above image.


PreCursor is an invisible layer that hovers in front of the screen and enables novel interaction that reaches beyond the current touchscreens. Using a computer mouse provides two levels of depth when interacting with content on a screen. One can just hover or can click. Hover allows receiving short descriptions, while click selects or performs an action.

PreCursor provides this missing sense of interaction to touchscreens. PreCursor technology has the potential to expand beyond a basic computer screen. It can also be applied to mobile touchscreens to objects in the real world, or can be the launching pad for creating a 3D space for interaction.